Emergency One Limited relies upon a set of Stertil Koni Earthlift heavy duty wireless mobile vehicle lifts to simplify a wide range of workshop activities at its modern facility in Cumnock, Scotland.

“Since its launch in 2007, the Earthlift has been continually updated and improved,” says Tony Edge, General Manager of Stertil Koni. “Today, with increasing emphasis on clean and sustainable fuel sources, we believe that equal importance should be given to environmentally-friendly workshop equipment and practices. We are therefore delighted to supply the world’s greenest vehicle lifts to Emergency One – developer of the world’s first electric powered fire engine.”

As a successful company with a particular focus on carbon reduction and green credentials, Emergency One recently unveiled the unique ‘E1 EVO’ fire engine which uses battery power for both its engine and water hose pump. This innovative fire engine was developed by Emergency One in close collaboration with Scottish Enterprise. The collaboration was supported by a £500,000 R&D grant in 2020 as a contribution towards the company’s £1.7m investment in the development of the new fire engine.

For more than 30 years, Emergency One (UK) Limited (E1) has been at the forefront of design and innovation regarding specialist fire and rescue vehicles. This successful manufacturer has a particular focus on carbon reduction and green credentials, with E1 unveiling the world’s first fully electric fire appliance in 2020, the ‘E1 EV0’.  This innovative fire engine uses battery power for both its engine and water pump allowing for zero emissions and zero compromise. This is only the beginning of their ambitious environmental journey with innovative solutions to becoming more sustainable well under way.

With over 70 years of experience, Stertil Koni is a world leader in heavy duty vehicle lifts and a preferred supplier to many leading manufacturers of commercial vehicles and buses. In 2007, following an extensive programme of development and investment, the company introduced its revolutionary Earthlift heavy duty mobile column vehicle lift. The Earthlift range offers safe lifting capacities of 8.5, 10 and 13 tonnes per column and, depending on the application, up to 32 linked columns may be used simultaneously. 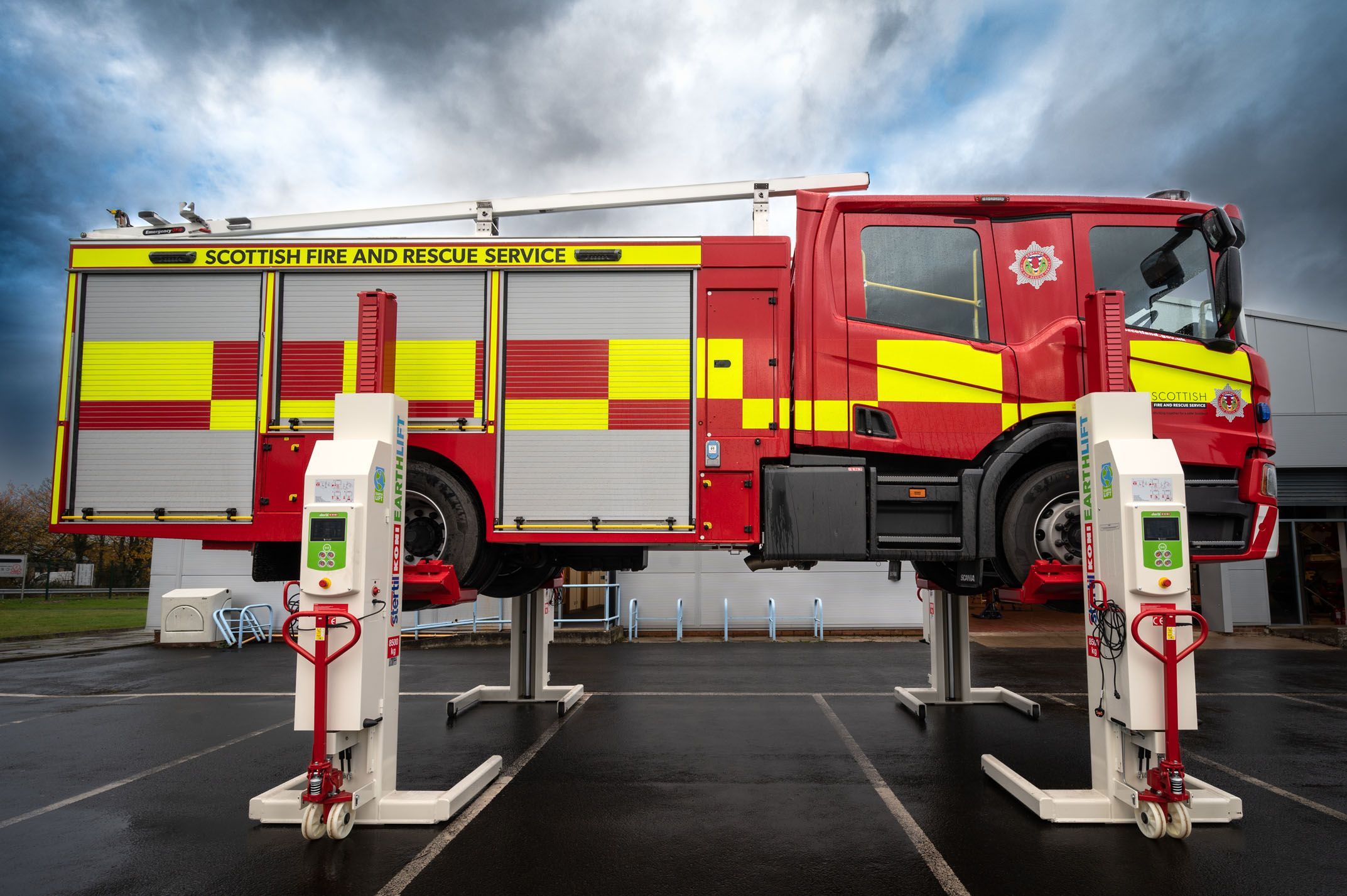 Unsurprisingly, Emergency One’s decision to purchase the Earthlift heavy duty lifts was influenced by the model’s unique green credentials. Stertil Koni invested heavily to design an ergonomically efficient, economically productive and user-friendly vehicle lift that would contribute towards the reduction of a business’ carbon footprint. An important feature of this revolutionary development is its unique Active Energy Retrieval System which uses gravity and the load of the lifted vehicle to retrieve energy and then store it in the batteries of the lift’s wireless mobile columns.

The principle of the Active Energy Retrieval System is as brilliant as it is simple - to use the energy generated by the raised vehicle as it comes back down: in other words, to regain the gravitational energy. The new system increases the number of lifting cycles by about 35%, compared to a fully-charged set of wireless mobiles under maximum load. In addition to the reduction in power consumption, the Earthlift’s batteries need less recharging, thus increasing productivity and reducing costs as well. 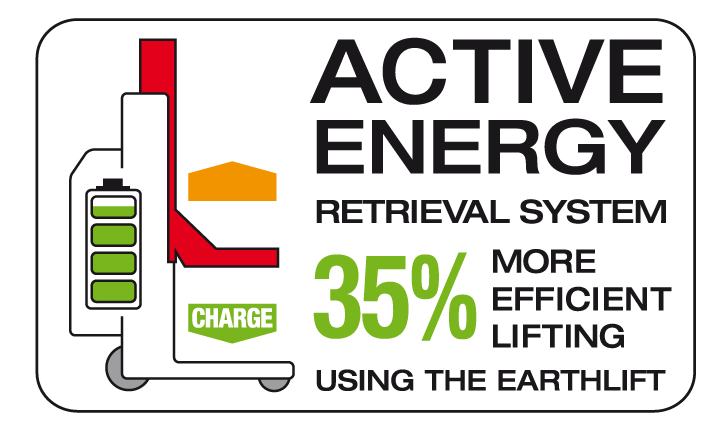 The latest generation Earthlift also incorporates Stertil Koni’s revolutionary ebright Smart Control System which allows workshop staff to operate the lifts from any column in the set. Crucially, the ebright’s wireless mesh networking system eliminates any possibility of communication problems between individual columns when numerous sets are used in the same building.

The absence of cables provides maximum access to the vehicle, with no risk of tripping and also makes the installation of the columns quicker and simpler. Furthermore, the Earthlift’s variable raising and lowering speeds mean that vehicles can be positioned extremely accurately.

Thanks to the careful selection of its manufacturing components, including bio-degradable hydraulic oil, 98% of all Earthlifts can be recycled at the end of their long working lives. The combination of this benefit and its energy-saving features, ensures that the Stertil Koni Earthlift is widely acknowledged as the world’s most sustainable wireless mobile column lift.