“We’ve been a distributor for Stertil Koni heavy-duty vehicle lifts for over 20 years,” says Andy Hornby, Sales Director at CCS Garage Equipment. “They continue to prove themselves to be extremely robust in demanding environments.  These latest wireless mobile column lifts operate five days a week to simplify a wide range of servicing, repair and maintenance operations for Biffa Waste Services.”

These latest generation lifts incorporate Stertil Koni’s revolutionary ebright Smart Control System which allows workshop staff to operate the lifts from any column in the set. Crucially, the ebright’s wireless mesh networking system eliminates any possibility of communication problems between individual columns when numerous sets are used in the same building. 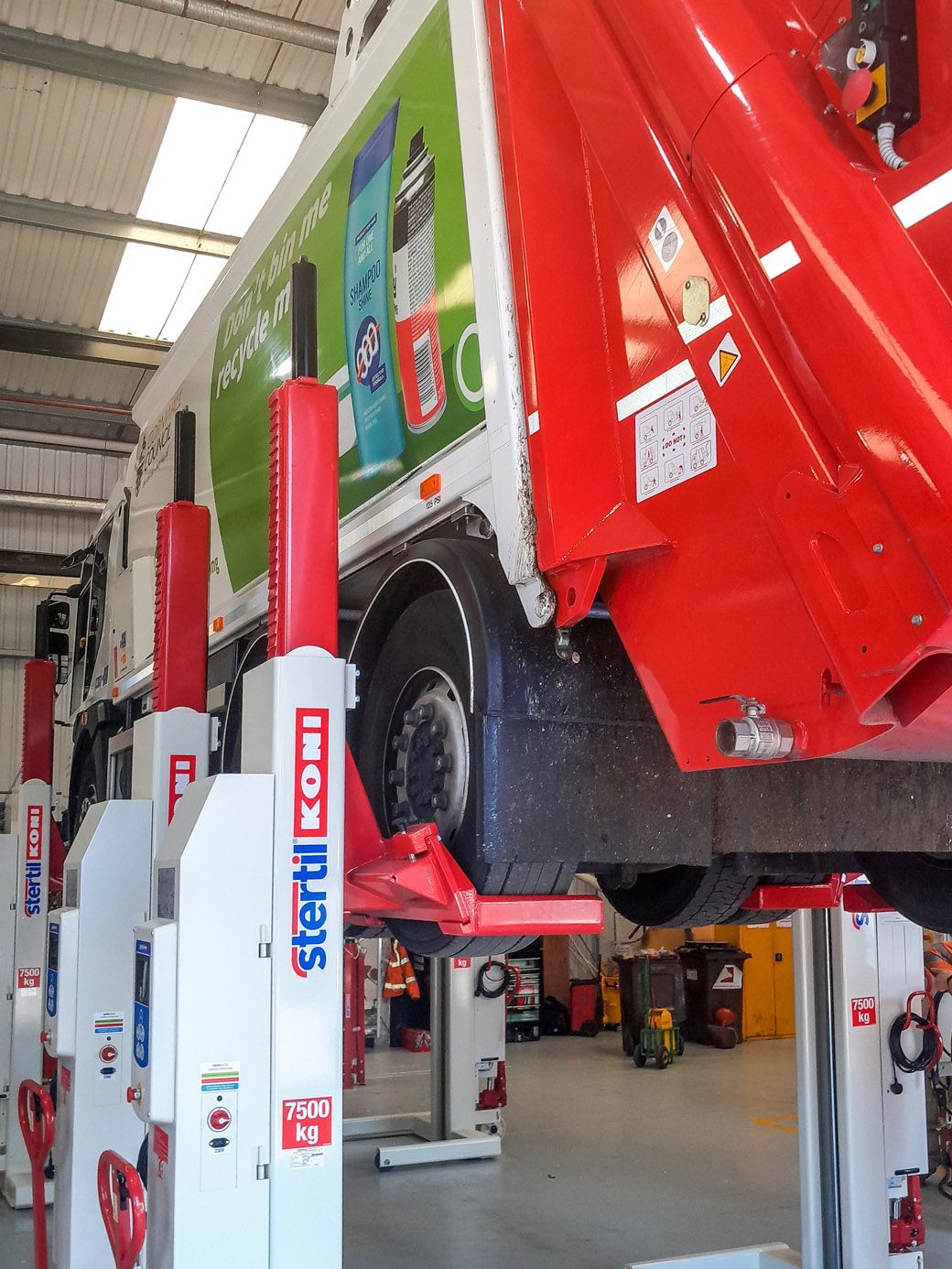 The ST1075FWA heavy-duty lifts are powered by long-life deep cycle batteries which provide optimum performance for at least a week on average before recharging is necessary. Also, battery life is prolonged due to the fact that, unlike a screw-lift, power is only used to raise the vehicle therefore less time is spent recharging the lifts, which is carried out via a 230v single phase supply.

All columns incorporate Stertil Koni’s maintenance-free, synthetic runner wheel system, which is self-lubricating, and the system is covered by a lifetime guarantee. An integral advanced hydraulic lifting system incorporates a microprocessor-controlled synchronisation feature to ensure safe, smooth and precise movement at all times, even in the event of extremely uneven load distribution.  Safety is further enhanced by an independent mechanical locking system, incorporated into each column, which allows technicians to securely lock the lift to prevent a vehicle from being inadvertently lowered. 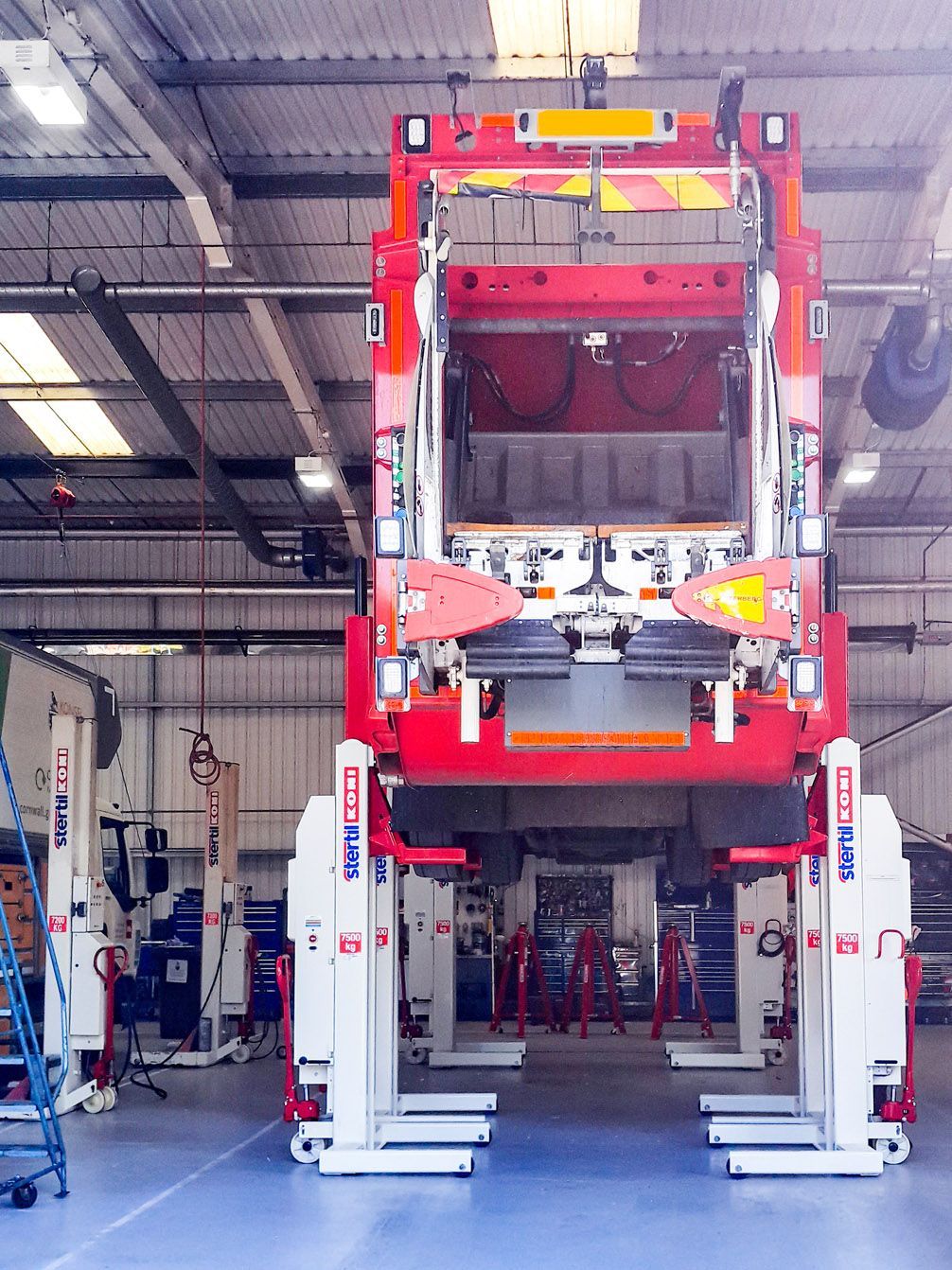 The absence of power and communication cables also means that set-up time is greatly reduced, making the system fully operational much more quickly. In addition, the ST1075FWA provides a maximum lifting height of 1.85 metres which is reached in just 75 seconds thereby making it one of the fastest commercial vehicle lifts available.